Log in Register
What's new
You are using an out of date browser. It may not display this or other websites correctly.
You should upgrade or use an alternative browser.

Sources tell us that the Chevy Silverado ZR2 will launch either as a late 2022 model year vehicle or for the 2023 model year. As a result, it’s simply too early to see prototypes, especially ones that are clearly so close to being finalized for production.

There’s also the issue of the suspension. The prototype we covered a few days ago has the same four-leaf suspension setup as the Chevy Silverado Trail Boss prototype we spied back in September.
Click to expand...

Is This Chevy Silverado ZR2 Prototype Actually A Trail Boss?

That would imply that a new, more-aggressive Trail Boss model is incoming. 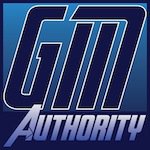 Had the Colorado ZR2. Traded for Trail Boss.
Both good trucks, ZR2 a little more off road capable.

My guess is that they will keep the Trail Boss and just add the ZR2 as the top tiered model in the same way that the Camaro ZL1 complements the Camaro SS. Ford is leaning that way with its Tremor package as an alternate to the much more expensive Ranger Raptor they are developing .
You must log in or register to reply here.
Share:
Facebook Twitter Reddit Pinterest Tumblr WhatsApp Email Share Link